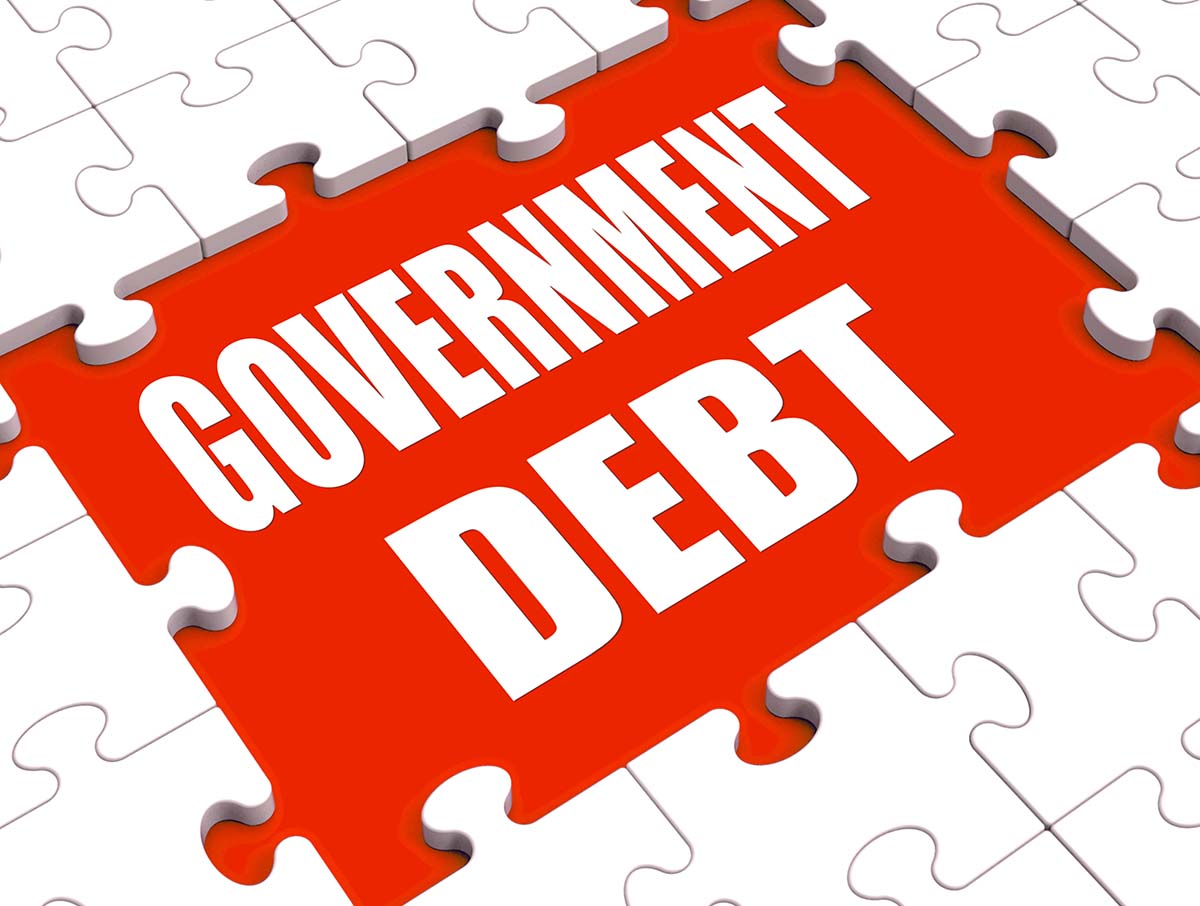 Central government debt is a measure of how much a country’s government owes its creditors.

Gross Domestic Product (GDP) is the total value of the goods and services that are produced within a country's borders by citizens and non-citizens in a fiscal year.

Debt as a percentage of GDP is the ratio of a country's debt (how much it owes) to its gross domestic product, (essentially, how much it earns).

How Is It Calculated?

Central government debt is calculated by adding all outstanding government liabilities. Government liabilities primarily take the form of government-issued bonds and bills. Some calculations, however, include future pension obligations as well as payments for contracted goods and services for which payment has yet to be made. Debt is a stock, rather than a flow, so it is measured at a fixed point in time, which typically is the last day of the country’s fiscal year.

There will be slight variances when comparing these three methods, but they produce fundamentally the same result.

What Does It Mean?

The debt to GDP ratio is a measure of a country’s ability to pay its debts.

Government debt is a contentious issue with economists, politicians, businesses, and the public.

Spending more than one earns can be as problematic for a government as for an individual.

An oversize central government debt can impact a country’s economic stability, affect the strength of its currency in trade, hobble its economic growth, and lead to unemployment.

The ratio of central government debt to GDP is a more important indicator than the amount of debt itself. That is because the higher a country's debt-to-GDP ratio, the greater difficulty it will have in paying off its debt and the greater its risk of default. Over the long term, a high debt-to-GDP ratio is likely to lead to slow economic growth.

However, two additional factors come into play: 1) A government that incurs debt through efficient investment in public infrastructure, education, and healthcare often enjoys economic advantages in the future; and 2) A country with a highly productive economy (larger GDP) is better positioned to service a larger debt.